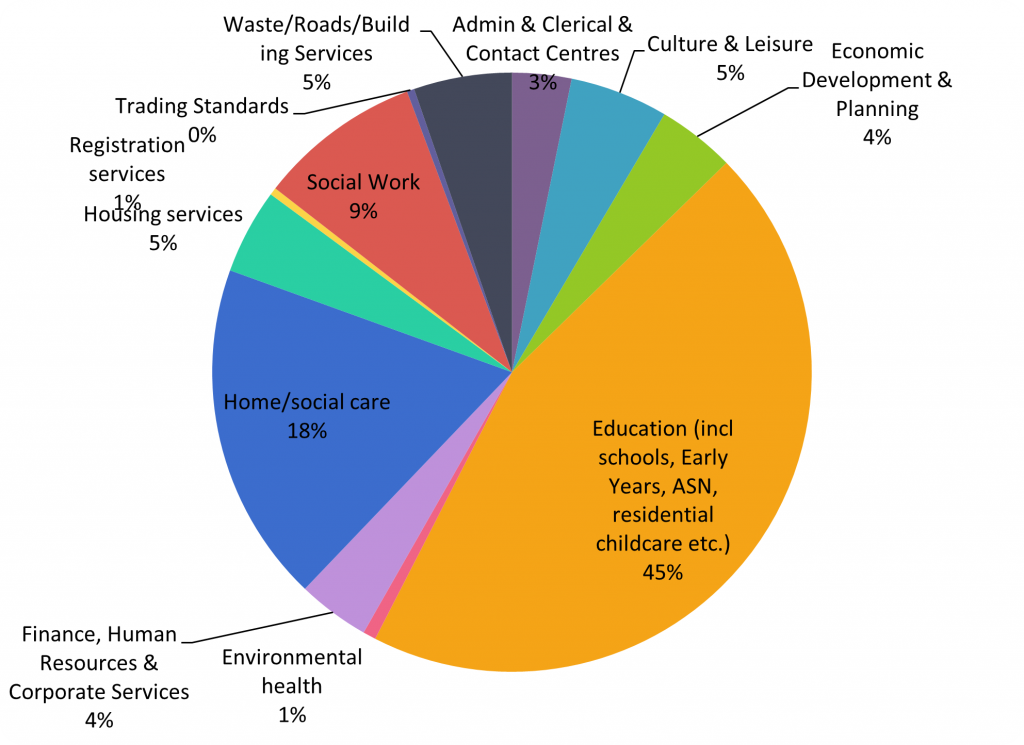 The branch will raise with Aberdeenshire Council the serious concerns highlighted by branch members in UNISON Scotland’s “One Year of Covid” survey, issued to all members in local government across Scotland, and will call for recognition and reward for our members through a decent pay rise.

The survey shows that in continuing to provide essential frontline services, our members have experienced high levels of stress with variable support from the employer. The number one priority for our members as we come out of the pandemic is for decent pay and reward.

Inez Kirk, branch secretary said: “Much of the response from our members reflects the wider picture across councils in Scotland. Most of our members feel undervalued and under rewarded. They have been on the frontline of dealing with the pandemic, providing essential services to our communities. This has led to many being exposed to Covid, and some of our members catching it. Many others have lost family and friends to the disease, yet none of this has been reflected in their pay.

“If ever there was a time to offer our council members a decent pay rise it is now. It would give a clear message that their magnificent contribution in going above and beyond during the pandemic has been recognised and would improve morale no end.” 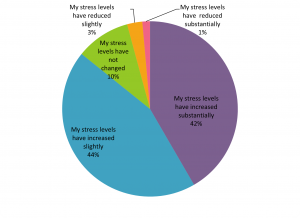 A whopping 86%, said that their stress levels have increased, with 41% saying they had increased substantially. Almost a quarter said that the past year has had such an impact on their mental health that they have had to seek medical assistance for it.

When asked about the reasons for their stress, 35% put it down to concerns about picking up or transmitting the virus. However a further 17% highlighted an increase in workload as the root cause.

Although around one third felt they had had more support from their employer, there was still around a quarter of respondents who felt that the support they had received had reduced.

Amongst those who have been working at home, more than a half of respondents were keen to get back into the office, whilst just over a quarter said they would like to continue home working. This represents a wider pattern supported by research and highlights the importance in the future of ensuring home working is voluntary, takes into account individual needs, and has safeguards built in.

Of those who did not favour homeworking, the majority cited the negative impact on work-life balance (34%) and isolation (24%) as the reasons.

Around 9% of respondents had not been able to take all of their annual leave due to pressure of work, with 30% of that group losing more than 22 hours and almost one third losing over 35 hours. It is UNISON’s view that no one should lose out on annual leave for any reason, but especially not during a pandemic. This equates to working for free and is unacceptable.

Around one third of respondents had to shield or isolate at least once during the pandemic, with 5% contracting Covid and 7% of those having been diagnosed with long Covid. 15% had experienced bereavement as a result of Covid. However only a third were able to take time off work due to their bereavement, with only 26% saying that they had been given support from their employer.

When asked about the negotiating priorities for UNISON Scotland on the back of the pandemic, the number one priority was for pay and reward. This was followed by better work-life balance, mental health support and flexibility over place and hours of work.