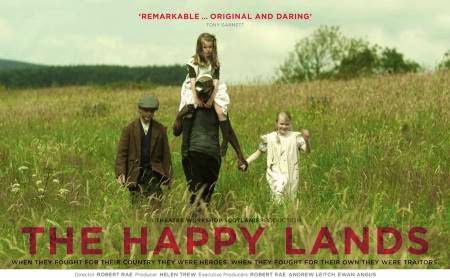 “The Happy Lands” will be shown at the Belmont Cinema as part of the Aberdeen Festival of Politics on Monday 24th March.

The evening will begin at 6pm with a showing of “City Without Class” a short film about Aberdeen made by local film makers. The Happy Lands will be shown from 6.40pm followed by a discussion and debate about the campagning work of trade unions today. The evening will finish at 9pm.

Sponsored by Aberdeen City and Aberdeenshire UNISON entry will be free to all.

The Happy Lands is a powerful film which has been developed by members of the mining communities of Fife. It is a Theatre Workshop Scotland Production supported by Creative Scotland through The National Lottery, in association with BBC Scotland and is directed by Robert Rae.

It’s the General Strike 1926 – only seven years after the slaughter of the trenches, miners unions lead the country against savage austerity cuts handed to the nation by a Liberal-Conservative government.

Inspired by true stories from local families in Fife, the Happy Lands follows the journey of law-abiding citizens who become law-breakers in a heroic battle against the state. It’s never a good time to stand up for your rights – but it’s always the right time.