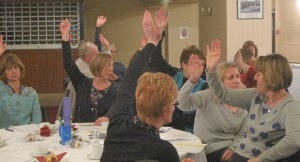 Members at the 2014 AGM threw their weight behind actions to protect members in the workplace and to support their standards of living at a time of cuts and change for the workforce in the council and the voluntary sector.

The AGM unanimously supported calls to campaign for affordable housing and for decent pay, alongside measures to monitor the effect of cuts and to press for fairer funding for local government. Members heard of the new threats to social workers and others working to protect children; and of the unreasonable expectations on some of our lowest paid staff to administer medications to children.

Speaking to her annual report, Branch Secretary, Inez Teece, told the meeting “Changes are difficult for us at the best of times, but when that change is aimed at saving money, losing jobs, cutting pay and increasing workloads then change is something we quite rightly resist.”

She spoke of the highs and more frequent lows throughout the year. Of a new pension scheme that does look as if it will benefit most members, with improved accrual rates and based on a career average – to an imposed pay increase of 1% which is a pay cut of almost 16%.
Of the knock on effect on the voluntary sector where pay and conditions are being significantly squeezed.
Of a new Terms and Conditions package which will benefit many working 9-5 but which will disadvantage those working 24/7, many of them low paid women.
Of service reviews which create uncertainty and can feel to members that they are done to rather than with them.
“UNISON does fight for our members,” said Inez, “But we can’t do it alone. We need you, our members, to stand up and have your say”, calling on members to get involved and to encourage colleagues to join the union. “Now is the time to recruit a friend,” she urged.
We ARE worth it
Following this, the AGM supported a branch campaign to inform, engage and consult with members to build confidence to fight for a decent pay increase in 2015.
Inez told members, “When the 1000 richest people in Britain have increased their wealth by a staggering £190 billion, whilst workers in Scotland are on average £1753 worse off, it’s not rocket science. And giving our members a pay rise is not just good for them but is good for the economy as a whole.
“We ARE worth it. We need to get out there and convince our members of that. “

Exposing the impact of cuts 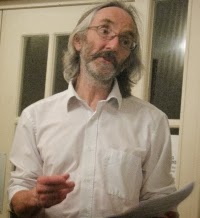 On a related theme, the AGM committed the branch to continuing its campaign to expose the impact of cuts on the workforce and to organise to protect members from excessive workloads and unacceptable working conditions.

Steve Gray, Assistant Branch Secretary and Branch Development Officer said, “Our own stress survey has shown increasing levels of stress at work. This leads to more sickness absence and that piles even more pressure on those left to provide the services.”

Steve also called for the branch to build wider alliances with community groups, the Trades Union Council and the People’s Assembly to fight the cuts. 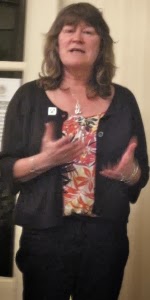 You protect children, we protect you
The AGM gave overwhelming support to members working in child protection as it heard of the new threats to workers from contempt of court proceedings which have been brought against staff as individuals rather than as agents of the council. Members heard how UNISON has been in the front-line of support for these workers, both at branch and Scottish level, and it called on both to continue the work to support members and address the wider concerns.

Branch Chair, Kate Ramsden, said, “Our members have a legal duty to place the welfare of the child as paramount, yet where they have done this, they have become vulnerable to contempt of court proceedings.

“UNISON has stepped up to support members in this position and we are urging all staff who may be vulnerable, to join UNISON for their own protection. These members protect children, UNISON will protect them.

“UNISON Scotland has also raised this matter with Scottish ministers and will continue to press for a legislative review.”
< img border="0" src="http://4.bp.blogspot.com/-1Xd_yM3Htos/UwZiuRQnLhI/AAAAAAAAAPo/xXtwv5nLHd0/s1600/agm14susan.jpg" />Administering medications puts members at risk
In a wide ranging discussion with many contributions from the floor, members also supported branch action to address serious concerns about the administration of medications to children by Pupil Support Assistants (PSAs), who are amongst the lowest paid of our members.
Susan Kennedy, Assistant Branch Secretary, who is taking a lead on this issue, told the AGM that the branch has been challenging the council on this for the last 5 years.
“PSAs sometimes, against our advice, administer medications on a voluntary basis. We feel this puts those members at risk with no accountability for appropriate training, monitoring or support from the authority.
“UNISON has now forced the council to do a trawl on what is happening in schools with the administration of medications. This has shown very worrying results. I have never read anything as concerning when you see what staff, with minimal training, are being required to do.”
The branch will continue to negotiate on this matter with Aberdeenshire council but will also raise this matter at a Scottish and UK level.
Building council housing an investment not a luxury
Finally the AGM agreed that homes should be for people, not profit, and the Branch will campaign with UNISON Scotland and other like minded groups for a new generation of council house build across Scotland and the UK.
Steve Gray said, “The 1930s council house programme not only housed people, it provided jobs that helped the economy recover from the Great depression, revitalised local communities, peoples’ sense of identity and offered hope to millions for a better healthier life.
“A new public sector led housing building programme is an investment in our future, not a luxury.” 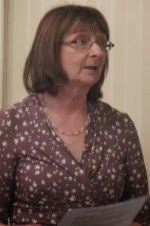 Naida Sneddon, seconding the motion,  pointed out the stark fact that the UK Coalition Government has cut the affordable housing budget by 60% , meaning that more working people and their families now live in the private rented sector with higher rents at a time when wages have fallen way behind.
She added, “The average UK house price is now 8 times the average wage and key public sector workers can’t afford to buy homes in nearly 80% of towns. With house prices sky high in the affluent North East, the problem in even worse.
Naida highlighted the impact on young people in particular, and said that most had given up any hope of affording their own home or getting a council house, adding that almost 10,000 young people under 24 were homeless last year.
She called for a new council house building programme to become a political priority.

Branch spend to support recruitment
The meeting approved the Branch accounts with a vote of thanks to the Treasurer, and also agreed an honorarium for the treasurer’s work throughout the year. 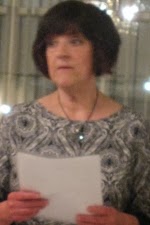 Ann Gray said that the an Assistant Branch secretary secondment, which has been of great value to the Branch and has supported the other Branch Officers, and partly to resource an ongoing recruitment campaign. “Members are the life blood of the union,” said Ann, “So this is a very necessary spend.”

There were no election needed for Branch Officer posts and the AGM approved the nominations for Branch Officers and stewards.
The AGM concluded with the draw for the Mini iPad, which was won by steward James Mulholland, Finance.