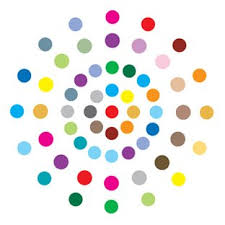 The official theme of the week is ‘Imagine’ and that is very apt just now as we all have been imaging what life will be like after the Cornavirus.

Most refugees leave their countries of origin fleeing war, persecution, famine or poverty. So their hope of a better future is even more compelling.

Locally, there are around 200 refugees or ‘new Scots’ in the Aberdeenshire area, in places like Ellon, Inverurie and Huntly. The branch has welcomed them to our communities and when they first arrived, we were delighted to provide some financial support.

We also note that the third anniversary of the Grenfell Tower tragedy is on 14th June, the day before Refugee Week begins. Many of those who lost their lives were asylum seekers and refugees, looking for a safer life in the UK. We send our deepest sympathy and support to all those who lost loved ones in the tragedy. UNISON continues to fight for answers for those affected by this tragedy. We will not forget.

Refugee Week started in 1998 as a direct reaction to hostility in the media and society in general towards refugees and asylum seekers.

The aims of Refugee Week are

The vast majority of refugees – 4 out of 5 – stay in their region of displacement, and consequently are hosted by developing countries. Turkey now hosts the highest number of refugees with 3.7 million, followed by Pakistan with 1.4 million.

According to the United Nations High Commissioner for Refugees (UNHCR), by the end of 2018 there were 126,720 refugees, 45,244 pending asylum cases and 125 stateless persons in the UK. That’s around one quarter of a percent (0.26%) of the UK’s total population.