The Branch is gearing up to win a YES vote in the forthcoming strike ballot for fair pay. Following a 65% yes vote in a consultative ballot, UNISON Scotland will ballot council members on industrial action. The ballot will be held from 9th to 29th September 2014.

It has arranged two members’ meetings, the first in 53 Windmill Street, Peterhead on 21st August and the second on 25th August at Gordon House, Inverurie, both from 12-2pm.

All members are encouraged to come along and hear why you need to vote in the ballot and why UNISON is calling for a YES vote.

The Branch is also encouraging members to write to their councillors calling for fair pay. 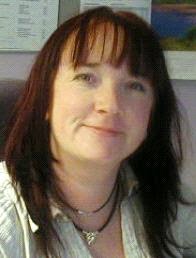 Inez Teece, Branch Secretary said, “This year’s imposition of a 1% pay increase was made without reference to the agreed bargaining machinery.

“This can’t go on. We need to get back to proper negotiations with the Scottish employers on pay.

“We have all seen the value of our wages drop in real terms. Everything else has increased in price while our wages have stagnated.

“We are continually told that the economy is recovering, yet for local government employees the prospects continue to be as bleak as ever.”

Inez added, “This is a national Scottish fight and we must ensure that we deliver a resounding YES so that all local government employees across Scotland receive a fair wage for a fair days work.”