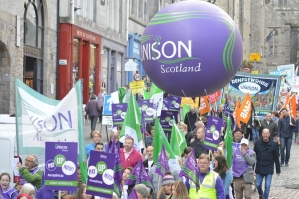 Branch members joined over 5,000 public service workers as they marched through Edinburgh on 7 October as part of UNISON’s Pay Up Now! Campaign, which is keeping pressure on both the Scottish and Westminster governments to end the pay cap and give all workers a decent pay rise. 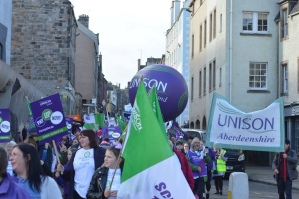 Public service employees have seen their pay held back right across the UK for almost a decade. Public sector pay rose by just 4.4% between 2010 and 2016, while the cost of living rose by 22%.

See the full report on the UNISON Scotland website with photos and videos of the event.