A further meeting between the council and the joint Trade Unions will be held tomorrow 3rd June after today’s meeting with senior management in Education and Children’s Services ended without proper discussion on the potential changes to working patterns for term time staff.

Branch secretary, Inez Kirk once again wrote to the service expessing serious concerns that there has been no discussion with the school support staff unions on the proposed return to work a week earlier in August for term time employed support staff in schools.

Inez condemned the communications sent out from school without prior discussions with the unions, saying, “Our members have been contacting the branch in unprecedented numbers and from today I have no further answers”

“Cover during the summer break was discussed at today’s meeting and I have commented on or amended the documentation as it refers to our support staff.”

However she again highlighted the need for consultation with members about the early return to work and the proposals for working over the holidays, including how that time will be repaid.

“Our members are feeling very undervalued and taken for granted, as it seems to be assumed they are sitting at home doing nothing during the current crisis. 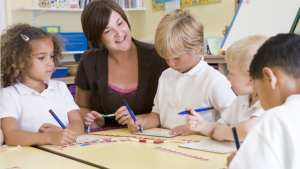 “Most are working in the hubs or working from home supporting the young people of Aberdeenshire with their learning whilst also often educating and supporting their own children and ensuring their skills and learning are upto date,” said Inez, adding that whilst working in the hubs, our members have felt very fearful of the potential of Covid 19 on themselves, their families and the young people.

“Many are now reporting feeling pressured to work during weekends and with the upcoming holidays are feeling that they will be compelled to work, with phrases used like ‘you will have to make up your hours during the holidays’ even though most are reporting working many more than their contracted hours from home already.”

As a result of Inez’s representations, it has now been agreed that the Joint Trade Union liaison meeting on 3rd June will be extended to include these issues.

In addition, we understand that the Education and Children’s Service will be setting up regular meeting with the Trade Unions to discuss the strategic plans and next steps. This will ensure that the unions are all kept in the loop, know in advance what is happening and are party to key discussions/decisions affecting our members.

Separate ‘surgery’ type sessions are also being considered to deal with the detail of specific operational issues and members concerns as and when necessary.

Laura Simpson, Head of HR&OD said, “I was sorry to hear that some of your members feel undervalued as the council has continually recognised the vital contribution employees have made through a wide range of different routes.”

Inviting the joint Trade Unions to the extended meeting, she assured them that the planning around schools re-opening in August is very much at the ‘work in progress stage’ and there are still a lot of issues to be addressed.

Welcoming this commitment, Inez reminded, “We are aware that this is a Scottish Government decision but it is now the employers responsibility to consult with the workforce on its implementation.”