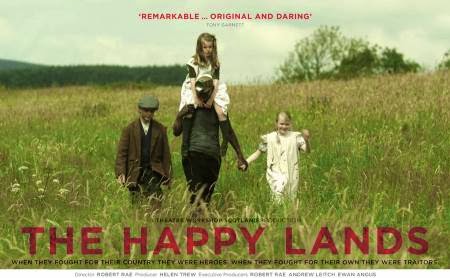 Aberdeenshire UNISON is encouraging members and non-members to go along to a Branch sponsored free showing of the feature film, The Happy Lands, hosted by the Inverurie Film Club, in Inverurie Town Hall on Friday 24th January at 7pm.

The Happy Lands is a powerful film which has been developed by members of the mining communities of Fife. It is a Theatre Workshop Scotland Production supported by Creative Scotland through The National Lottery, in association with BBC Scotland and is directed by Robert Rae.

Kate Ramsden, Branch Chair  said,
“This is a wonderful film. I can highly recommend it. Sad and funny in turns, it has huge relevance for the challenges we face now as trade unionists. However, it also shows how much better things are for working folk because of the unions.

“My son came along and said that he wished all his friends could see the film, to help them to understand the history of trade unionism and its importance in the development of a more equal society and the relevance of trade unions today.