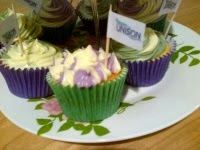 The Branch will make workplace visits to all the Children and Families Social Work Teams across Aberdeenshire in January and February, to recognise the work of our members and to recruit more social work staff to the union.

Lyndsey Wallace, Local Organiser said, “We will be taking round cupcakes for our members to thank them for the work they do to protect our most vulnerable children and their families.

“We also want to encourage non-members to join UNISON to have the protection of the union behind them as they undertake the increasingly complex but very important work that they do.

“UNISON promotes this important role of our members in social work and we believe that we have had some success in improving the profile of social work in the media and in promoting a better understanding of the work done by social work members and the pressures they face.”

Contempt verdict
The visits come in the wake of a verdict in the Sheriff Court in Edinburgh where two social work staff were held individually to be in contempt of court, and expenses awarded against them.

UNISON Scotland has issued guidance to social work members and has called for an urgent legislative review.

Branch Chair, Kate Ramsden, herself a social worker and a member of the UNISON Scotland’s Social Work Issues Group said, “As social workers, we have an overriding duty to ensure the child’s welfare is paramount in all that we do. However, it seems the paramountcy of the welfare of the children is not considered relevant during contempt proceedings. This is quite clearly a conflict of laws.

“Social work staff deal with complex and challenging cases on a daily basis and this decision muddies the water and puts those working on the frontline in a very difficult and vulnerable position. It also compromises the welfare of the children for whom we care.

“The fact that individuals, rather than the organisation they work for, have been put in this position has wide-ranging implications for the employer/employee relationship and could have a ripple effect on all frontline workers.

“The court ruling highlights the need for a legislative review and one that ministers need to address as a matter of urgency.”