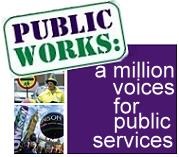 Aberdeenshire UNISON members have accepted the new terms and conditions package proposed by the council, with two thirds of those who responded in the ballot voting to accept.

However, responses to UNISON’s consultation has shown a clear division between members who work 9-5, who stand to gain most from the proposals, and those who work unsocial hours and shift work, who stand to lose anything from £200 to £3000 a year. These are amongst the lowest paid in the workforce and many, such as homecarers, provide care services to the most vulnerable in our communities.

Inez Teece, Branch Secretary said, “We were able to negotiate a pay increase of £750 in total for our lowest paid workers, as well as the living wage which is already in place, and £250 for everyone else. Whilst many members were happy with this and will see a rise in their take home pay, others will see this eroded and more by the loss of unsocial hours payments, shift allowances and the mileage lump sum.

“We are particularly concerned, as a union, about the impact on our lowest paid, mainly women workers and at the bitter divide that this is creating between those who work 24/7 and 9 to 5 staff.

“Also while many have been looking forward to the buyout of shift allowances, others will find the big drop in their take home pay very difficult to manage in these austere times. Especially in one of the most expensive parts of the country in which to live.

“We will now go back to the council and raise these issues and seek that changes are made to prevent such losses for  those who will lose the most. After all, the council has been working hard to find ways of attracting people to work for the council in these jobs and cutting take home pay will have the opposite effect.”