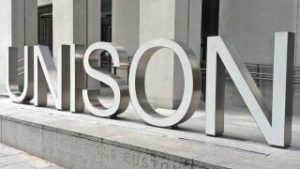 Ballot papers will begin to land on doormats from 3rd to 28th April for the elections to UNISON’s national ruling body, the National Executive Council (NEC).

Historically there is a very low turn-out for these elections despite their importance to the running of our union. The branch is urging all our members to vote in these elections.

These are the people the branch nominated in National Executive Council elections. Voting starts on 3 April 2017. 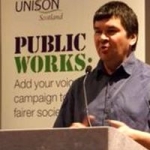 Tam is well known as a hard-working activist and Chair of Scottish Health Committee. He is committed to defending public services and public service workers and has pledged to fight for fair pay, for a higher profile for our union and to build union membership. He has set out his clear opposition to cuts in funding and cuts in service delivery whether in the NHS, local authority services, the police, the utilities or other public services. He will be a strong voice for members in Scotland.

Stephen is well known as UNISON Scotland Vice-Convener and is already a strong voice for members in Scotland. He is hard-working and has the experience and enthusiasm to represent Scottish members’ interests on the NEC and to help shape the union’s work, campaigns and policies in the coming years. He opposes cuts to public services and wants to building effective campaigns with member involvement.

Kate is well known as an activist in the branch and in UNISON Scotland. As Branch chair she is involved in representation and negotiation, giving her direct experience of the issues affecting members. Kate believes in a strong voice for members. She is an elected member of Scottish Committee and Scottish Council so has been active in shaping Scottish UNISON policy and putting it into practice. She is passionate about social justice and equality and believes that unions have a central role to play in creating a fairer and more equal society for all.

Frances is an activist in Greater Glasgow and Clyde NHS CVS branch. She is committed to fighting the unprecedented attacks across public services that we are seeing. She believes these need to stop and proper funding needs to be made available. She has pledges to fight to end years of below inflation pay rises and pay freezes, job cuts, privatisation and pension changes and is very clear that our members deserve better.

Maggie already holds the Scotland reserved seat on the NEC and has done an excellent job representing our low paid female workforce. She has been elected unopposed.

Click here for information about all candidates and procedures