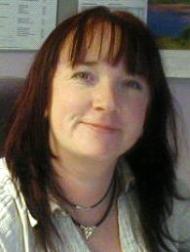 Recent legal judgements mean that an employer who requires workers to do a sleep in at their workplace must include that time in calculations for the national minimum wage.

This means that members, and potential members, who sleep in and are low paid, may be entitled to a pay rise and possible back pay.

This issue will particularly affect low-paid members in the private or community and voluntary sector who do regular sleep-ins.

But probably not those working for Aberdeenshire council because they are paid above the minimum wage.

“The law states that all workers over the age of 25 should be paid the national living wage as set by Westminster. This rate is £7.50 per hour. This means that for every hour worked this rate should be paid.

“However, this does not mean that each hour during a sleep in should be paid £7.50.

“What it does mean is that the total number of hours worked and the total pay received for those hours should meet the living wage rate.

“So, for example, if you start work at 3pm and work until 11 then sleep in for 8 hours then work from 7 until 3, your total working hours are 24.

“If you then take the total amount of pay received and divide it by 24 and it comes to above £7.50 then your pay meets the level of the national living wage. If it is below £7.50 then the law has been broken and this has to be sorted and back pay given.

“This shows that pay rate is within legislation.

“Many charities pay just the living wage of £7.50 per hour and pay sleep in rates below the agreed rate and so when they average out the pay for the shift their workers fall below the living wage. In these circumstances the law has been broken and workers are entitled to compensation.

“At present Aberdeenshire council workers do not qualify for the compensation highlighted on the TV because the council pays above the living wage.”

Inez added, “But this is not the end of the story. UNISON is continuing to take it further and say if the rate of pay for the job is decided by an evaluation scheme then all hours classed as working should be paid at that rate. However this is a long time down the road,” said Inez, adding that the recent case highlighted in the press has taken 10 years to get to this outcome.

This also gets more complicated with the term living wage.

“This is where at least in Scotland there may be room for manoeuvre in the future.”