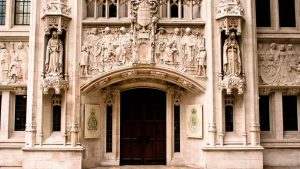 UNISON has asked the Supreme Court this week for leave to appeal against the Court of Appeal decision that care workers’ sleep-in shifts do not count as work time and do need to be paid in line with the national minimum wage.

The Supreme Court will now decide whether to grant the union the right to appeal against the July decision by the Court of Appeal.

That decided in favour of an appeal from mental health charity and care provider, Mencap, against an employment appeal tribunal decision in April 2017.

UNISON took the initial case to an employment tribunal on behalf of care worker Clare Tomlinson-Blake. It argued that sleep-in shifts should count as working time, and should be paid at hourly minimum wage rates or higher.

Now, says the union’s head of legal services Adam Creme, “there will be a period of time when the Supreme Court considers the application, but it is reasonable to expect the court will agree to hear an appeal.

“Assuming this is agreed, UNISON will be taking the appeal forward and fighting for our members.

“We believe the Court of Appeal got this decision completely wrong and will do everything we can to reverse it.”

Branch and NEC member Kate Ramsden added, “This is why everyone should be in a trade union. UNISON fights for the rights of workers right up to the Supreme Court. If we win this will benefit all workers hugely, in the way the decision on getting rid of fees for employment tribunals did.

“However the more members we have the more able we are to make these challenges. So if you have colleagues who are not in a union please urge them to join.”

Also, a statement from Adam Creme, UNISON Head of Legal Services, has been tweeted by the UNISON account here: https://twitter.com/unisontweets/status/1027128392255193088