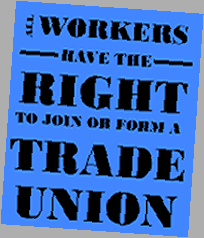 As a UNISON member, you join over 1 million other workers in Britain who have chosen to have the support and protection your UNISON membership brings. A fundamental aspect of your membership is the right to speak to a Trade Union Official about any concerns you have at work.

Section 146 Detriment on grounds related to union membership or activities.

(a) preventing or deterring him from making use of trade union services at an appropriate time, or penalising him for doing so.

2A)In this section—
(a)“trade union services” means services made available to the worker by an independent trade union by virtue of his membership of the union.

In summary, this means that as a UNISON Member, you have a protected legal right to speak to your trade union. You are under no obligation to speak to your employer first before speaking to a Trade Union representative.

With regards to potential breaches of the SSSC Codes or the Data Protection Act, we have sought a legal opinion on both these points and have spoken to the SSSC and the Information Commissioner’s Office (ICO) directly.

The legal advice supported by advice from the SSSC and ICO, confirms that employees discussing work related issues with their Trade Union, are in no way breaching either the SSSC Codes or the Data Protection Act.

The SSSC stated they strongly encourage employees to contact their Trade Union if they witness or are subjected to unsafe working practices.