The branch is calling on all our members and their families and friends to join us at the “A Just Scotland” March and Rally in Glasgow on 18th October 2014 which will call for decent work and dignified lives.
The March and Rally is part of Challenging Poverty week and has been organised by the Scottish Trade Unions Congress (STUC) . The march will muster in Glasgow Green at 10am and will march off at 10.30am to a Rally in George Square.

It has been timed to coincide with the TUC’s mass demonstration in London, “Britain needs a Pay Rise.”

Kate Ramsden, Branch Chair said, “The Referendum has been and gone and the Scottish people have spoken. However if the independence debate did one thing that was to engage great swathes of the Scottish people, young and not so young, in the debate about what kind of Scotland we want to see, and to put social justice and equality high on the political agenda.
“Creating decent work and providing dignity for those who cannot work is at the heart of the battle for social justice and against austerity, and tackling inequality. Those of us who believe in this must come together now from both sides of the Referendum debate and work together to win social justice in Scotland.

“As part of Challenge Poverty Week, the STUC is calling on trade union members, their families and friends, and community activists from all across Scotland to come together on 18th October to say, irrespective of their views on the outcome of the referendum ‘It’s time to create a Just Scotland’. 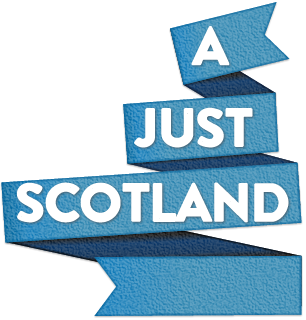 “This is an aspiration that I am sure that all our members, community activists and members of the public in the North East  will all support and we are calling for a big turn-out.

The branch will refund bus or train fares for members and their families to travel to Glasgow for this event. Contact the Resource Centre on 01224 620624 and give them your names and who will be going, to take up this offer.